Justice is completely backwards
in the Pasco school district!

This district’s treatment of two different employees exposes a willingness in their schools to punish good and protect evil. Keep reading to learn how you can help restore justice in this district! – Mat

Last week I told you about Robert. He has had an impeccable teaching record for 24 years. However, his school decided to suspend him, make an example out of him, and threaten to ruin his career. Robert’s so-called misstep was just declining to observe a gender-confused female middle school student undressing and using the open showers in the boys’ locker room.

Liberty Counsel Action has the email chain that shows how Robert’s suspension was already decided. When we got involved, the school backed down from its planned punishment against Robert. However, the district’s policy they used to justify their ridiculous demands and punish Robert is still in effect!

Opposite (but true) tales 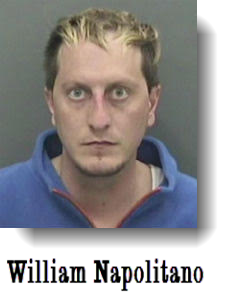 Let me tell you about another Pasco employee. Last week a former transportation manager, William Napolitano, was sentenced to life in prison for abusing minors, (including a 15-year-old male student from the local school) and recording and sharing child pornography.

I won’t go into the sick details. Just know that the judge who oversees these cases gave the absolute maximum sentence because William had “descended to depths of depravity that are hard to fathom and that he’s a constant threat to society.”

When William was caught, Pasco district went into full damage control. They told reporters that William “had never shown any signs of deviant behavior.”

During his 10 years employed at Pasco, William’s sick desires were known at a very high level of the Pasco school leadership. In fact, investigators said William had a “close relationship” with the then-assistant principal in Pasco County, Kyle Ritsema. William even shared child pornography with the assistant principal.

Let that sink in. The very school district that threatened to ruin Robert’s career because he declined to watch a middle-school girl strip naked… is the same school district that had an assistant principal trading child pornography with an employee who was sexually abusing, taping, and distributing videos of minors.

This school district has so completely lost its moral compass, I don’t believe it can find it on its own. That is why I’m asking you right now to sign Liberty Counsel Action’s petition to urge the district to restore some decency and respect for biological gender in their district.

Just imagine… if Robert, a man of character, was replaced in the school locker rooms with someone who is looking for ways to abuse young children. I don’t even want to think how damaging that could be to these young students if another “William” was allowed access to middle school boys and girls thrown into the same locker room. That is a nightmare!

The district’s policy MUST BE CHANGED! We are doing everything that we can to bring attention to this abhorrent policy and to pressure the district to protect privacy and respect the biological gender of its teachers and students. I need you to add your voice by signing our petition right away to strengthen our impact.

Now is the time to take a stand with Liberty Counsel Action!

P.S. Those who are raising and shaping the next generation must not be allowed to encourage evil while punishing good character. Our nation cannot withstand this perversion of decency and justice for long. The teachers and students of Pasco schools need to be protected from damaging policies that strip privacy away from them! Click here to sign our petition urging the school to change its policy.

The above article can be read online at CLICK HERE

Please contact the Pasco School District to express your concerns about the policies that puts these  “Feel Good” antics over the safety and well being of our CHILDREN!  Some phone numbers are listed below.  Please cal and let thee evil people know that they need to be ceased.

Can you imagine the EVIL
COMING OUT OF THIS OFFICE? 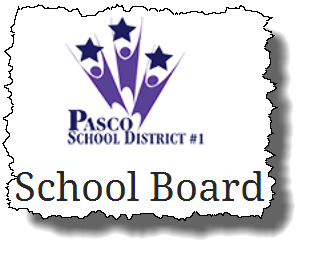 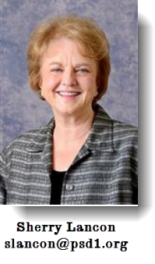