Hey, rectum scummernic,
They died so you could be a scum bag RACIST!
They stood up so you could live on your knees.

A little history most people will never know. Interesting Veterans Statistics off the Vietnam Memorial Wall.  There are 58,267 names now listed on that polished black wall, including those added in 2010.  The names are arranged in the order in which they were taken from us by date and within each date the names are alphabetized. It is hard to believe it is 61 years since the first casualty.  The first known casualty was Richard B. Fitzgibbon, of North Weymouth, Mass. Listed by the U.S. Department of Defense as having been killed on June 8, 1956. His name is listed on the Wall with that of his son, Marine Corps Lance Cpl. Richard B. Fitzgibbon III, who was killed on Sept. 7, 1965.

For most Americans who read this they will only see the numbers that the Vietnam War created. To those of us who survived the war, and to the families of those who did not, we see the faces, we feel the pain that these numbers created. We are, until we too pass away, haunted with these numbers, because they were our friends, fathers, Husbands, wives, sons and daughters. There are no noble wars, just noble warriors.

The above facts about the Vietnam War was sent to me in an email by a friend and a Christian Brother, and in no way diminishes the sacrifices made by the brave Veterans  of other wars. The nfl and rectum scummernic (the has-been Q back #7 of the sf 49ers) are taking care of that all by their RACIST selves.

It is time for more Americans to dump the nfl and their sponsors, some of which are listed below.

Ford told customers that they “respect individuals’ rights to express their views, even if they are not ones we share. That’s part of what makes America great.”

For its part, sports apparel giant Under Armour said it “stands for the flag and by our athletes for free speech, expression, and a unified America.”

Finally, the Nike sports apparel company was one of the few that did not seem to hedge by releasing a statement saying, “Nike supports athletes and their right to freedom of expression on issues that are of great importance to our society.”

Hey ford, under armour, and nike and other unAmerican cowards  do you support my right to express my self with my wallet?  If it is a sponsor for the nfl it no longer gets any of my hard earned $$$$$$$.. 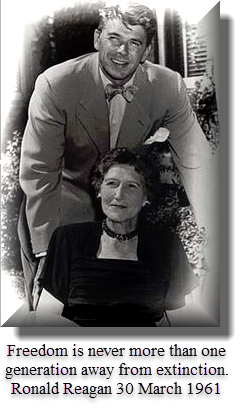 “We didn’t pass it on to our children in the bloodstream. It must be fought for, protected, and handed on for them to do the same, or one day we will spend our sunset years telling our children and our children’s children what it was once like in the United States where men were free.”